I always look forward to the 4th of July with a mix of excitement and dread.  There are too many things going on-parades and parties and I just never know what to do.  Avery has a tough time in the heat and with crowds (sometimes) and I have a tough time thinking about her having a tough time.  So I try to avoid those things altogether.  This year we played Wednesday as a typical Wednesday.  Red went to play golf, I went on a run and the kids were with the sitter for the morning.

It felt good to just ignore the festivities for half the day.  Until I was nearing the end of my run-I had decided to keep going in a loop instead of doubling back and ended up running past parade goers on their way home.  What is wrong with this picture?  I honestly was a little confused.  I think I may have even forgotten that it was a holiday altogether. I start to notice the kids and the families and the normalcy.
Ouch.
Im running.  Red is playing golf.  My kids are with the sitter.  But we should be at the flipping parade.  Because that is what you do when you have kids. I just kept running.  Maybe this is progress?  Maybe we are just figuring out what works for our family and this is it? The kids were happy and none the wiser. 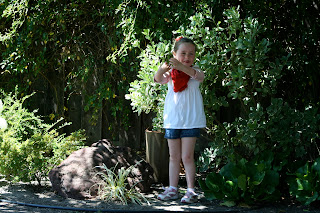 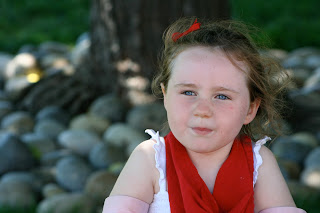 Later that evening we had plans to attend the 4th of July party at the golf club that we have been attending since before we were members.  It is truly one of my favorite nights of the year.  I wrote about it last year and the struggles we have encountered trying to "be a family" and take her with us.  This year I decided we would just leave her at home with our sitter.  We are so lucky we have a sitter that is willing to give up her 4th of July to stay with Avery-that made it so much easier...but it was still hard to walk out the door once again with just Nolan and leave my baby behind.  I sat with her that day and told her what the plan was.  She seemed actually pretty pumped that she didnt have to go. 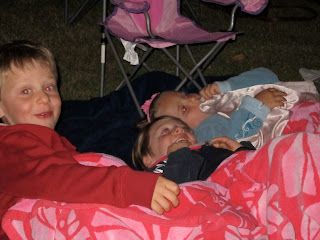 We had a great time.  We had three other families with us this time and of course some of Red's family there too.  It is just such a wonderful night.  The fireworks were once again spectacular-I love looking at the little ones faces as they watch-pure innocence and wonder. The kids were all cozy under their blankets-Im sure Avery was cozy at home too.
Posted by Erica at 11:47 PM 1 comment: 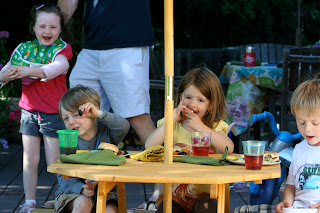 On july 1st we had my cousin Sandi, her husband Tom and their two cute kids Matt and Claire for an early dinner at our house.  We are so lucky they are just over in San Francisco but we dont see each other nearly as often as I would like.  Sandi and Tom could easily be the two nicest and most down to earth people in the world.
I should have taken more pictures but it was a great visit, we laughed and cried (just a little).  Let's not wait so long before we do that again, ok?
Posted by Erica at 11:22 PM No comments:

Click here to see an amazing 10 minute video from the staff and families of Katie's Clinic.  So much work went on behind the scenes to make this happen and the message is clear: our girls (and boys) are smart! Im so lucky I got to be a part of it.

Please share it with everyone you know!
Posted by Erica at 7:39 AM 2 comments: