On sunday we finally celebrated Nolan's birthday.  We did it in two parties because for some reason I just think people over the age of 18 with babies and/or no children aren't too keen on spending a Sunday during prime football watching time at Chuck E Cheese's.

Nolan dug it though and after 2 hours of playing games, eating pizza and cake and just having a grand old time, we packed it up and came home.  Thankfully gramma did come and helped with Avery-and we were so lucky to have alexis (our wonderful sitter) and her boyfriend Vernon there to help too. Avery had a blast on the horse race ride.  She got to sit on a horse as it trotted along on a screen in a virtual horse race.  It was cool!  Vernon got like a bajillion tickets for Nolan which bought him a mini baseball.  500 tickets for that thing.  Chuck E Cheese makes a killing.

We came home, hung out-had some great friends over for beers and then hosted 16 adults (all family) for Nolan's family dinner.  He got so many fun toys and the "piece de resistance": the basketball hoop he has been asking for since last October.  He also got a bike and a helmet that we gave him on Saturday.  He rode his new bike (with training wheels) all the way around our block that day.  He was pretty proud of himself.  Speaking of the bike--while Red was finishing putting it together, I burst into tears.  Yet another thing Nolan can do with ease and Avery never had the chance to try.  It is a strange thing to watch your younger child surpass your older one.  And what makes it stranger is the fact that Im that much more proud and in awe of a child that just does stuff naturally.  I know we could and probably should, get Avery a special needs bike but it is just not the same.

Anyway-the family party was great-burger, roasted potatoes, sausages and salad.  Then we had ice cream cake.  All of us sang to Nolan and he just soaked it in.  Part of me wanted to once again burst into tears because Avery was fast asleep in her room-missing yet another family milestone.  Maybe one day she will be able to sit next to him and join in the party. 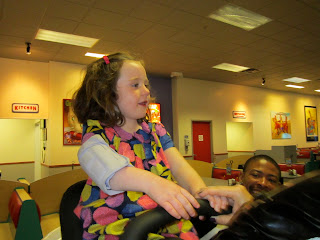 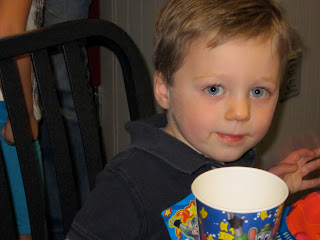 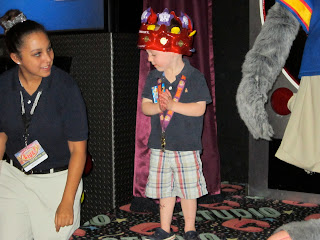 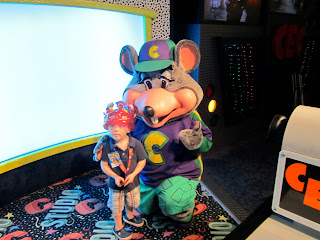 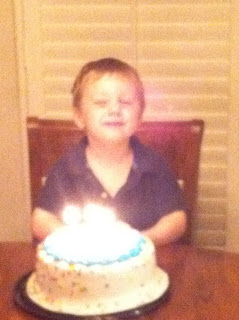 Here are some pictures of the day!
Posted by Erica at 12:47 PM

erica, he is getting so big so fast, happy birthday nolan!

Great job on the party planning, Erica. Nolan looks like he had a blast. He is just the cutest little guy. He and Logan would be best buddies:)

Very sweet! I understand watching the younger achieve what your oldest can't. (((hugs)) but glad nolan had a pretty awesome day!