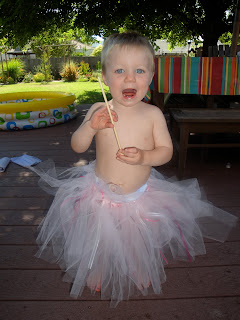 uuuuggghhhhh! I keep forgetting that I am also the parent of a typical kid. poor Nolan gets no love here! The title of my blog says FAMILY, not just Avery. So let me brag about Nolan for a minute. One thing that wont happen in this post-me complaining about the totally typical and annoying things kids can do. I relish those things. Sure I can roll my eyes and let out a few heavy sighs on a daily basis, but when it comes down to it, I love it. When I was pregnant with Nolan I had hoped for another girl. I knew what to do with a girl and we had all the clothes! I wasn't that jazzed about the possibility of it being a boy-so when we had our 20 week ultrasound and she told us "it's definitely a boy" I was in shock! Not bummed but totally shocked. I can say now that I love having a son. Im so glad this is the way it happened. (im still holding out hope for another girl but thats another post!)
Nolan is on his way to becoming a very talkative and active 22 month old. He is saying some three words phrases ("where'd it go?", "i get it", "i see it", and some funny things like "NO MINE" and "GO AWAY". too much. He is starting to try to sing the ABC's and tries to count too. he says 2, 5 and 9. He calls me and Red "hun" because he hears us call each other that. He pretends with is phone and plays instruments. He dances and JUMPS! He can climb up the rope ladder on our playset by himself. He is a cuddle bug and gives the best hugs ever. he kisses right on the lips. He can pull his pants down, take his jacket off and tells us when he has a dirty diaper. He knows over 10 body parts. He is super social and adapts easily to new situations. He throws the ball pretty well and we are working on that golf swing! Nolan loves his sissy-in fact it is usually the first thing he says when he wakes up "Sissy?" He is honestly a joy. It has been bittersweet to see how easily things come to him-especially language. It is making us realize how very delayed Avery was at his age. But, it has been so special to see a child just be typical. We got two pretty awesome kiddos-couldnt be more different-but equally awesome.
Posted by Erica at 8:06 AM