I guess Ill write about golf... 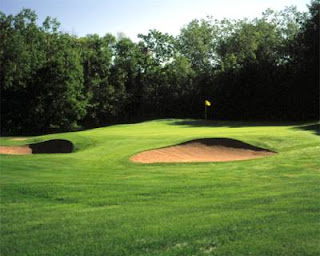 I can't stand golf, but what a wonderful story! Mom's are always right, give it a few years and yours will be saying the same thing about things you told them. Glad to see you blogging again, I've been missing your posts.

this is just too strange. we are a baseball/golf family too. my dad grew up playing baseball - he was a pitcher. i love watching {most of the time}. we're a mariners family because he grew up in the northwest. and golf. i cannot tell you how many sunday afternoons i've spent watching golf. but i do love it. i consider it a success if my club hits the ball and i've still only ever been to the putting green and driving range. maybe one day...

Hi Erica~
Thanks for commenting on mine and giving me your link! Your family is incredibly adorable and I am sorry we have to have the common denominator of rett sydrome, but I look forward to getting to know you more and I do hope I see you in 3 weeks!!! :)