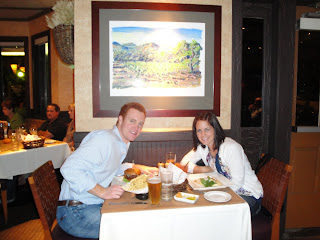 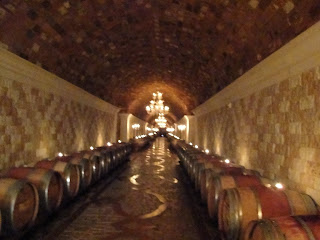 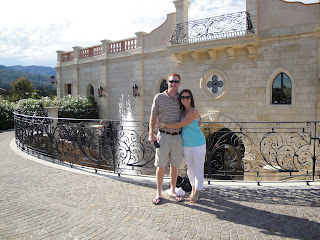 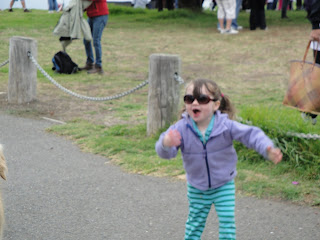 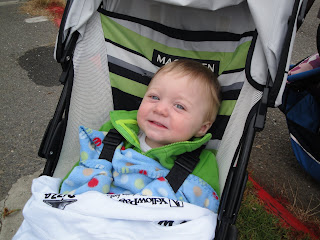 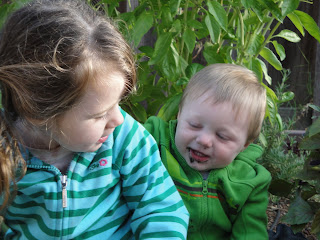 So Avery has been in her special ed program for about 6 weeks now-thought it was time for a little update. Each month they have a new theme for the class. September was transportation and October is all about Halloween. Because of the transportation theme, she started saying BUS (also because she is in love with riding the bus!) and CAR. she says both spontaneously. After one week of the Halloween theme she already has some new words. We went to Safeway the other day and they had pumpkins outside and she said pumpkin! It sounded more like PUH-BUH-but I knew what she meant! Then a few days later as we were waiting for the bus she saw the halloween decorations in the neighbors yard and said Goh (GHOST)!! She is talking a lot more-talks about her backpack all the time. She loves taking it to school. She has also used the potty at school three times.

She is running so much better now. Also getting so good at stairs. If she is carrying something she can go right up without holding on to anything! She has gotten so much more confident going down the stairs as well. Recently she has been willing to go down the slide too! We get her up there and she will get over to the slide, and wait a few then pushes herself down, lands on her feet too! She is much better with using her utensils although she still prefers to use her hands to eat. But if you sit there and remind her, she can do it. she really tried to help take her shirt off for bath time tonight which is great.

I had the kids try on their Halloween costumes the other day (Avery will be a ladybug and Nolan will be a Bee) and they thought it was too funny. They were both looking at themselves in the mirror and laughing. So today I asked her "Avery what are you going to be for Halloween" and she said BUGGY!

She is using PECS at school and we have a bunch at home to use-we try to do it as much as possible but its hard to remember. I need to make a better effort b/c I really think its going to work for her.

We had a HANDLE meeting on Friday the 9th and her practitioner Sindy thinks we are doing well. She added a few exercises for us to add to the program. We are continuing to do as much as we can with her daily. I have seen a huge difference in Avery's mood since we started. We have had a few meltdowns recently but I'm pretty sure its more due to food reactions and/or hunger than anything else. I have been slacking off on her food restrictions (yesterday she had a couple little mini tootsie pops-oops!) She eats lunch so early at school now and I think she is overdue for a snack by the time I pick her up. So we are working on that.

Oh, Avery has gotten a little bit better with her baby brother Nolan too. She still thinks its hilarious to knock him down-especially now that he is walking around more. He is tough though. :)
Posted by Erica at 8:07 PM No comments: 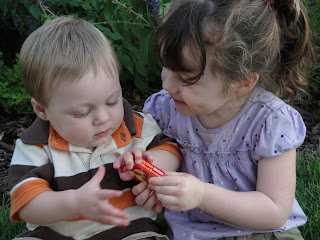 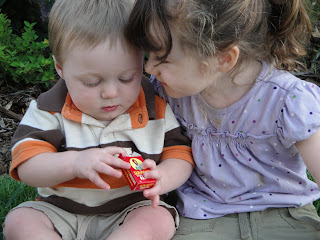 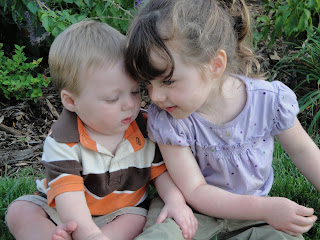 The weather has been so nice lately that as soon as we get home from school, we are out back! These were taken on Friday the 2nd.
Posted by Erica at 9:57 AM 3 comments: 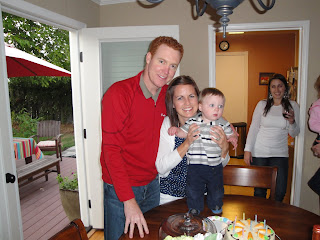 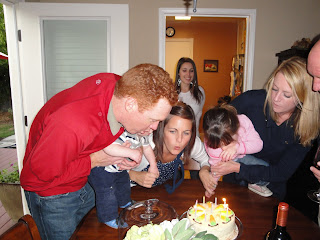 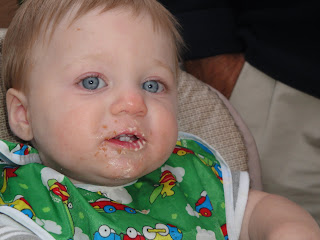 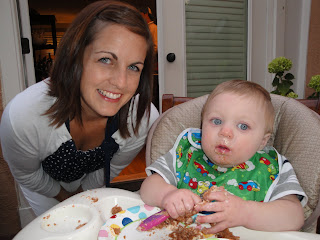 Nolan is ONE! and WALKING

We arent used to this around here but Nolan started walking on Monday-5 days before his first b-day! when Avery turned one she still had yet to start her butt scooting boogie (she did about a week after her birthday) so its a new thing for us to have a one year old walker! Here is some video of him on day 2 of being a walker (09.29.09)
Today is his actual b-day and we arent celebrating tonight-doing family dinner on Sunday so there will be pics of that later!
Posted by Erica at 6:31 PM 2 comments: