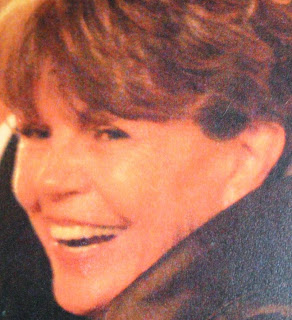 As you may know, for the last three years I have been the captain of
Team Itsy Bitsy, a team we formed in 2006 honor of my mom Nancy, who was diagnosed with ALS that year. Although we lost my mom in February 2007 we continue to walk in her memory and to raise awareness and money for the ALS Association. This year,
the 2009 East Bay Walk to Defeat ALS is on October 11 at Ceasar Chavez Park in Oakland (Lake Merritt). And of course, we want you to join us!

There are 3 goals we hope to achieve – AWARENESS, EDUCATION, RAISE MONEY:

AWARENESS that ALS exists and what it is. In the U.S. alone approximately 30,000 people are living with ALS today and 300,000 people who are alive and well today will die from it. That’s a lot, but often not enough for an acceptable profit margin for the major pharmaceuticals to take on.

EDUCATION - You’ve heard the saying, “growing old is not for wimps?” Well, neither is ALS. ALS destroys a person’s motor neurons.
Motor neurons are responsible for relaying messages from the brain to the muscles. When muscles no longer receive those messages, a person’s
abilities to perform even the simplest of tasks such as buttoning a button, brushing teeth, standing, smiling, speaking and eventually, breathing are
lost. There is no known cause and no known cure. The average person lives two to five years after diagnosis. My mom only got 8 months. 6 before she had to have a feeding tube placed because she could no longer chew or swallow.

RAISE MONEY- (You knew it was coming!) This is the major fundraiser for The ALS Association Greater Bay Area Chapter. These folks do
wonderful things for people with ALS and their families. And, ALS research is so important. There is no known cause,cure, or means of controlling the progression of ALS, but that will come. We know it will. Until then, The ALS Association will be by the sides of those in need, easing the day to day burdens that this disease inflicts.

So, I am asking for your help. Come walk with us and help raise awareness and those important funds for people with ALS. You can join the team
online by using the link included in this email and click the "Join Team" link or you can call the Chapter office at 415.904.2572 and ask them to
register you. If you cannot walk with us on the 11th, this link will also allow you to donate if you wish!!
Warm regards,
Erica, Ryan, Avery and Nolan

http://web.alsa.org/goto/teamitsybitsy09
Posted by Erica at 5:55 PM